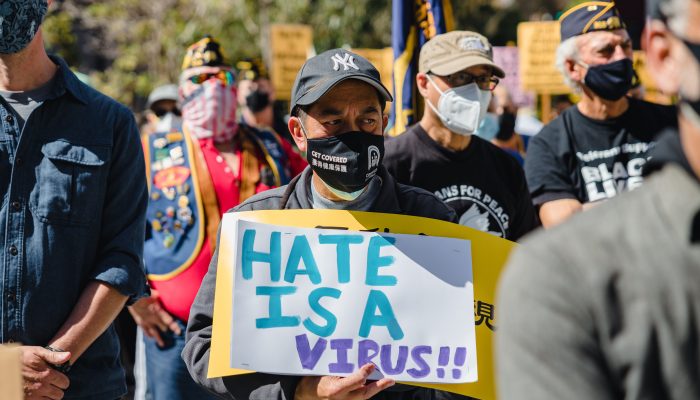 Federal and state justice department officials said they are committed to supporting victims of hate crimes.

The report noted that calls to the Oregon Department of Justice Bias Response Hotline increased by 53% from 2020 to 2021.

The U.S. Attorney’s Office for the District of Oregon and the FBI Portland Field Office officials state in a release that they “commend individuals who have courageously come forward to report hate-related incidents and activity.”

With these incidents continuing to increase in Oregon and throughout the United States, federal law enforcement leaders in Oregon encourage anyone with information about hate crimes to call Oregon’s Bias Response Hotline, their local law enforcement agency or the FBI directly.

“Violent acts motivated by hate have no place in our shared community. The FBI is working with our law enforcement and community partners to hold those accountable who are so callously targeting innocent people,” FBI Portland Field Office Special Agent in Charge Kieran L. Ramsey said. “Even as we are seeing some increased reporting of hate crimes, we know the vast majority of these incidents are still going underreported and we need your help. If you’re the victim of a hate crime or know someone being victimized, please contact law enforcement and the FBI.”

The FBI defines a hate crime as a “criminal offense against a person or property motivated in whole or in part by an offender’s bias against a race, religion, disability, sexual orientation, ethnicity, gender, or gender identity.”

Combatting hate crimes is a top priority of the U.S. Department of Justice and FBI, according to Ramsey.

Read the full story at The Chronicle Online.