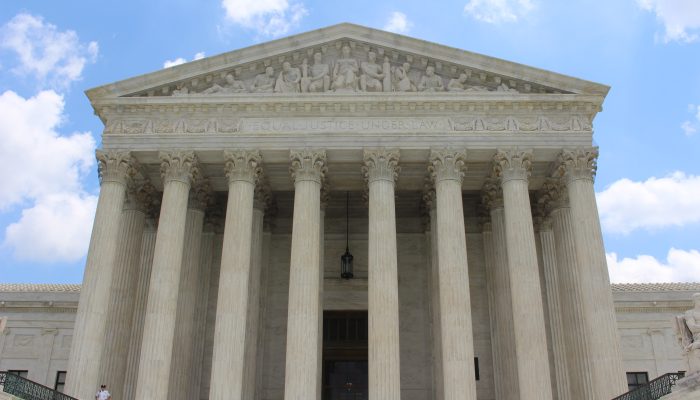 The stunning leak of Supreme Court Justice Samuel Alito’s draft majority opinion has caused speculation that the person behind the leak could be held criminally liable, but one expert is skeptical the leak itself violates any laws.

“First, without more, I don’t think there is such a crime,” Orin Kerr, a law professor at the University of California, Berkeley, said on Twitter Monday. “There are criminal laws against leaking classified information, of course. But draft opinions are not classified.”

Kerr pointed out that there are also prohibitions against disclosing medical records, but noted that no law that he is aware of fits the Supreme Court leak.

“As far as I can tell, there is no federal criminal law that directly prohibits disclosure of a draft legal opinion,” Kerr said. “Maybe there should be, but right now there isn’t.”

Some have called for the leak to be investigated as a crime, arguing that a leaked document is a government record that cannot be converted for personal use.

Kerr doesn’t believe the leak itself constitutes a crime, he did note that a crime could have been committed in the process of leaking the materials.

“Although the leaking itself isn’t a crime, there may be a crime somewhere in the bigger picture,” Kerr said. “For example, perhaps someone or some institution hacked into the computer of someone who had a draft of the opinion. Or maybe someone stole a paper copy of the opinion from someone who had a copy. Both of those are federal crimes.”

While some early reports indicated that the FBI could be involved in an investigation of the leak, a Senior Administration official told Fox News that laws pertaining to leaked documents only pertain to classified material and the FBI has not opened an investigation into the matter.

Read the full story on the Yahoo! News.