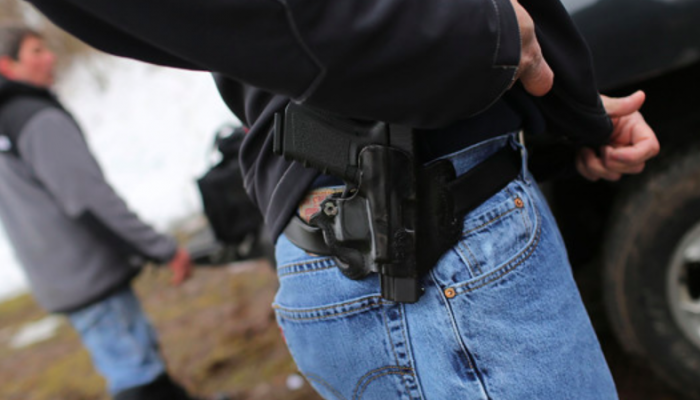 Legislation to eliminate the requirement that Iowans get a “permission slip” from the government to buy a handgun would actually result in more background checks regardless where the weapon is purchased, proponents of a “constitutional carry” measure asserted Wednesday.

House File 756, approved 60-37 with Rep. Wes Breckenridge of Newton the only Democrat to join Republicans in favor, is part of an agenda that long has been a goal for gun rights advocates and “freedom-loving Iowans,” according to Judiciary Committee Chair Steve Holt, R-Denison.

By increasing their Iowa House majority to 59-41 in the 2020 election, Republicans had the votes this session to easily pass the measure.

“Democrats support the Second Amendment,” Rep. Beth Wessel-Kroeschell, D-Ames, said. However, she argued that the bill would weaken Iowa’s current background check system that has blocked nearly 15,000 illegal sales between 1998 and 2019.

Background checks “keep firearms out of the hands of felons, domestic abusers and those who have serious mental health disorder,” she said. Repealing Iowa’s background check law and the permitting requirement for carrying a concealed gun is “extreme, it is unpopular and it is a threat to public safety,” Wessel-Kroeschell said.

Read the full story at The Gazette.