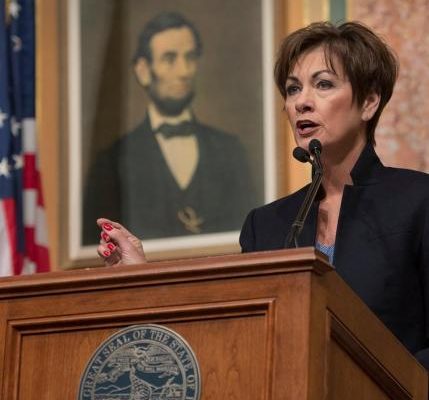 Republicans are enthusiastic about parts of the bill, including increased penalties for assaulting police officers and cutting off state funding for cities that cut their police budgets. Meanwhile, some Democrats and civil rights groups, which have pushed for adding a ban on racial profiling in state law, are dismayed to see that measure combined with beefed up criminal penalties and punishment for cities.

“Seeing the governor combine these very different components in one bill is like watching someone administer a poison pill,” Betty Andrews, president of the Iowa-Nebraska NAACP, said in a statement. “These two sections need to be separated into two bills and considered separately.”