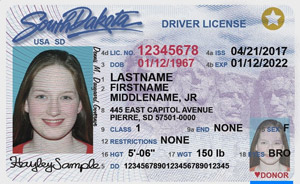 To help figure out the U.S. citizenship status of every adult living in the country, the Trump administration has made agreements to accumulate driver’s license and state identification card information from states including Iowa, Nebraska, South Carolina and South Dakota, NPR has learned.

In the past year since the administration failed in its attempt to add the now-blocked citizenship question to 2020 census forms, the Census Bureau has been gathering state and federal records to produce anonymized citizenship data under directives from Commerce Secretary Wilbur Ross, who oversees the bureau, and an executive order Trump issued in July 2019.

In November, Nebraska became the first state to voluntarily agree to transfer data from its state driver’s license and state ID records to the U.S. Census Bureau, as NPR reported last year.

The bureau entered into a data-sharing arrangement with the Iowa Department of Transportation in March, both government agencies confirmed to NPR in statements on Wednesday. Iowa is not sharing citizenship information, but it has agreed to share the names, addresses and dates of birth of driver’s license and state ID cardholders from 2019 through 2024, according to a copy of the agreement NPR obtained from the department.