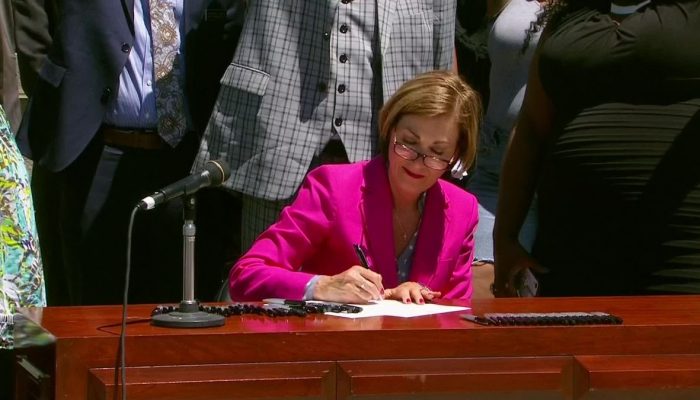 The Iowa legislature has unanimously passed a police reform bill — responding to the police misconduct the nation saw when a bystander in Minneapolis videotaped the death of George Floyd.

The legislation forbids choke holds in nearly every situation and lets the state attorney general investigate deaths caused by police. Once the bill is signed into law –as the governor says she’ll do — police officers with a proven record of misconduct may not be rehired in Iowa. The House and Senate debated the bill at the same time. For the first time in her tenure, Governor Kim Reynolds walked into both chambers and stood to listen. Senate Majority Leader Jack Whitver of Ankeny says the times require government solutions and this bill is a starting point.