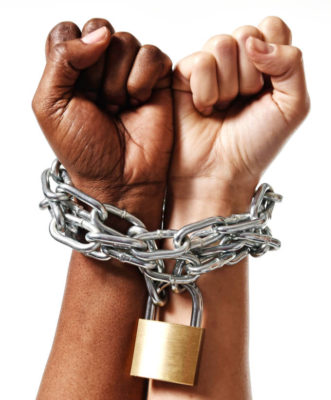 Two days before the Legislature returned to Iowa’s Capitol, while nightly vigils were being waged against the senseless Minneapolis police killing of an unarmed black man, Gov. Kim Reynolds signed a new law that will expand racial disparities in Iowa.

It seemed an odd moment to enhance penalties against motorists for eluding law enforcement, especially after Reynolds has spoken emotionally about the injustice of George Floyd’s killing. So many police actions against African-Americans begin with unwarranted interceptions of motorists that activists invented the cryptic term “driving while black.” Those interceptions open the door to searches, seizures, arrests, charges (often trumped up) and acts of violence.

For Floyd, it began after a convenience store clerk complained of someone using a fake $20 bill. That prompted police to drag him out of his car and fatally pin him to the ground, for nine minutes.

The law Reynolds signed, supported by county prosecutors, creates a wider range of chargeable offenses. Currently a driver can be guilty of a serious misdemeanor for failing to stop when a police car flashes its lights or sounds its siren. The new law ups the offense to an aggravated misdemeanor — or a felony for repeat violations or when there’s excessive speed, alcohol use, drug possession or other aggravating factors. Even marijuana stems and seeds found in the car can make “eluding” a Class D felony. It also prevents courts from granting deferred judgments or sentences in certain cases.