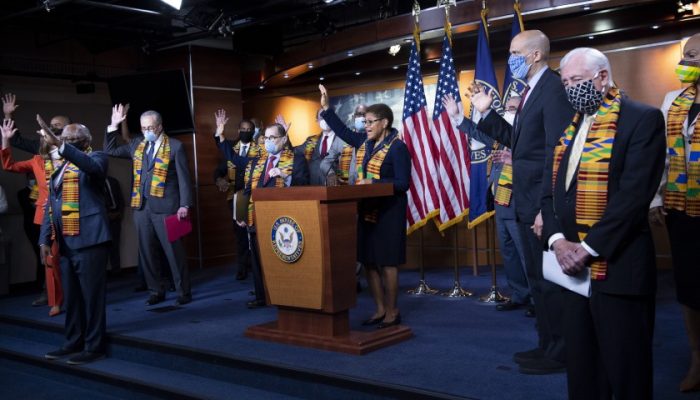 In the wake of national protests following the death of George Floyd, House and Senate Democrats unveiled legislation on Monday that would bring about wide-ranging reforms to police departments across the country.

The Democratic proposal, the Justice in Policing Act of 2020, has more than 200 sponsors and marks one of the most comprehensive efforts in modern times to overhaul the way police do their jobs.

It would prohibit the use of chokeholds, lower legal standards to pursue criminal and civil penalties for police misconduct, and ban no-knock warrants in drug-related cases. The plan would also create a national registry to track police misconduct.

“We can’t settle for anything other than transformative structural change,” House Speaker Nancy Pelosi, D-Calif., said on Monday while flanked by the bill’s authors gathered to introduce the legislation. “True justice can only be achieved with full, comprehensive action, that is what we are doing today. This is a first step; there is more to come.”