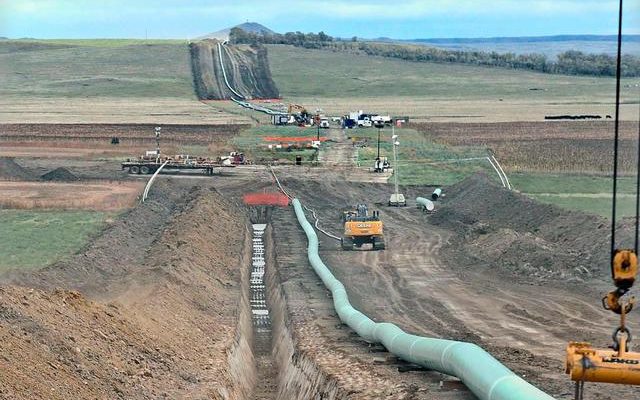 Between March 16 and March 25, the governors of Kentucky, South Dakota and West Virginia all signed laws designating oil and gas pipelines and facilities “critical” or “key” infrastructure and imposing new penalties for anyone caught tampering with them, HuffPost reported Friday. The laws came as much of the nation was absorbed by the spread of the new coronavirus, which has killed more than 2,000 people in the U.S. so far.

South Dakota Gov. Kristi Noem (R) signed two laws this month that could have a chilling effect on protests, according to HuffPost. The first, signed March 18, counts all oil and gas facilities and equipment as critical infrastructure and increases the charges for “substantial interruption or impairment” of these facilities to felonies. The second, signed March 23, defines a “riot” as “any intentional use of force or violence by three or more persons, acting together and without authority of law, to cause any injury to any person or any damage to property” and creates a new felony offense for “incitement to riot,” according to the U.S. Protest Law Tracker.

Read the full story at EcoWatch.