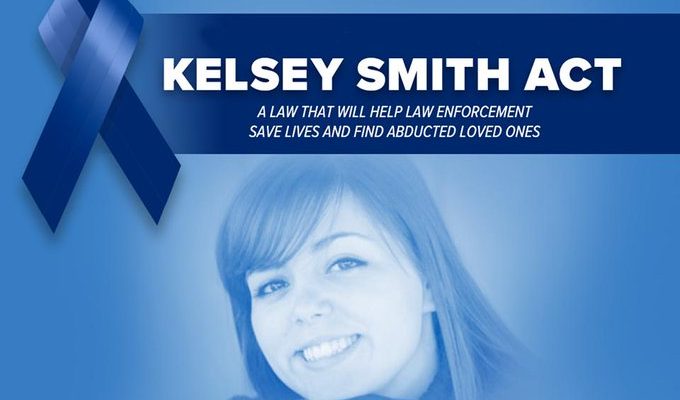 The Kelsey Smith Act provides law enforcement with a way to quickly find the location of a wireless telecommunications device if law enforcement has determined a person is at risk of death or serious physical harm due to being kidnapped and/or missing. The Smiths have pushed for this legislation across all United States after the murder of their daughter, Kelsey Smith, who was abducted in broad daylight from an Overland Park department store and murdered on June 2, 2007.

The abduction was captured on the store’s security camera leaving little doubt of the emergency nature of the circumstances. Four days after she disappeared, authorities were able to locate Kelsey’s body after her wireless provider released the “ping” or “call location” information from her cell phone. Providing this information as fast as possible is critical to ensure law enforcement officials can rescue victims in imminent danger of serious harm or death.

Read the full story on the Shawnee Mission Post.