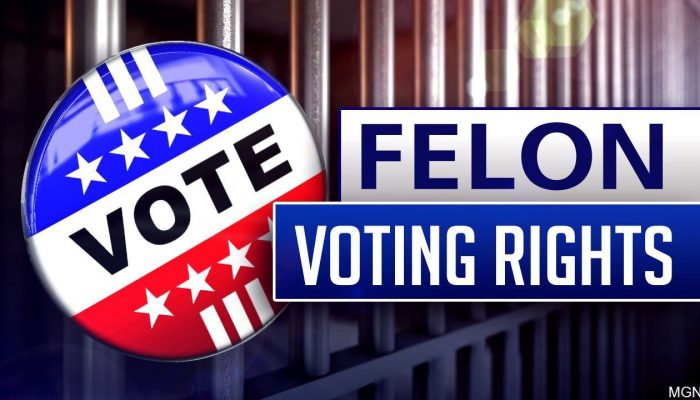 With the first nominating contest of the 2020 election a day away, Democratic voters here are voicing frustration that their first-in-the-nation caucus state is the only one that still outright bans former felons from voting without prior approval from the governor.

Under Iowa law, people with felony convictions who have completed their prison sentences cannot vote unless they apply directly to the governor for the right to be restored. Voting rights advocates — and Democratic voters — say it’s a major blemish on a state that prides itself on helping the nation pick its presidential candidates.

“Voting rights matter. And people should have voting rights no matter their past, present or future,” Feilmeier-Marzen said.

Iowa became the last state with a ban on voting rights for former felons after Kentucky’s newly sworn-in Democratic governor signed an executive order in December to restore voting rights to more than 100,000 people who’d been convicted of felonies.