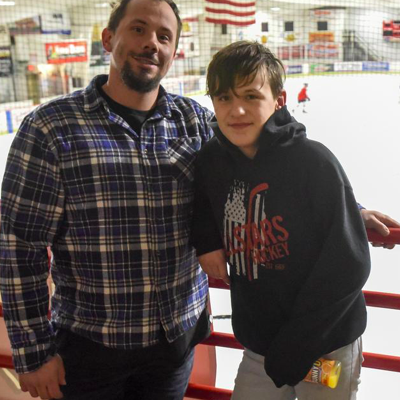 It’s been seven months since Ryan Pomerico used methamphetamine, which is the longest sobriety he has had over the past 12 years. That’s almost half of his entire 30-year life and the entirety of his son’s, who is 12.

The events that led to these months of sober living started when his wife, Ashten Pomerico, reported her husband to law enforcement for being high on meth after his vehicle caught fire in 2017.

“After years of dealing with a revolving door of relapses, you can only handle so much,” Ashten admitted.

After calling the police on him, Ryan Pomerico was given a sobriety test, which justified a urine analysis. His results showed methamphetamine in his system and he was charged with felony ingestion.

Ryan was then kicked out of his family’s home and began living at his grandmother’s house in Huron, where he could continue his meth use.

Eventually he applied for drug court in Beadle County and was accepted into the program. The program, fear or prison time, threat of being excommunicated from his family and his newfound faith in God have played the biggest roles in his will to stay clean this time around.

Read the full story at the Grand Forks Herald.