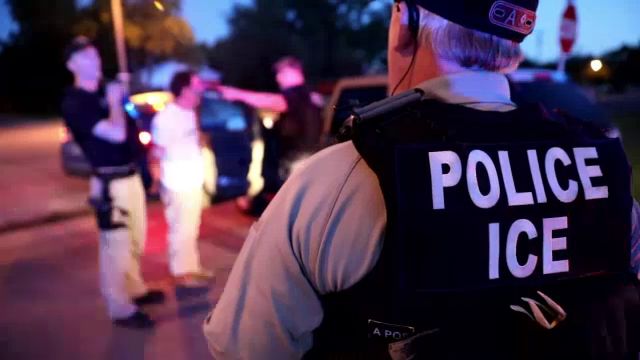 Mecklenburg County Sheriff Garry McFadden continues to defend his policy of not honoring detainers from U.S. Immigration and Customs Enforcement.

This comes a few days after an ICE senior official from Washington D.C. visited Charlotte and condemned the sheriff’s actions.

“They were not bringing any safety to the community, any trust in the community so it was barrier for me,” McFadden said.

Detainers are placed upon undocumented immigrants arrested for a charge in a community in the U.S.

“The basic accusation of the ICE detainer is this person is present in the country without papers, without lawful status,” Immigration Attorney Benjamin Snyder said.

The detainer requests law enforcement agencies to maintain custody of the suspect for up to 48 hours to allow ICE officers to pick that person up.

According to U.S. Immigration and Customs Enforcement Atlanta Office Director John Tsoukaris, the detainers are accompanied by a warrant of arrest, which states that based on probable cause that person should be arrested by ICE. This type of warrant is signed by an ICE supervisor.

In Mecklenburg County, McFadden does not honor detainers, which Tsoukaris said is putting public safety at risk.

“You have a situation where individuals who committed a crime are released back in the community they committed the crime in, instead of calling ICE, as we requested, to come and pick up the individual because they not only committed a crime. He’s also here in the United States in violation of law,” Tsoukaris said.

McFadden said he will keep undocumented immigrants accused of a crime in custody if he receives a federal criminal warrant signed by a judge.

“If ICE believes this person is dangerous and they believe this person has committed crimes, then they can file a federal complaint and have that complaint looked at by a federal judge, and that judge would issue you a federal warrant,” McFadden said.

He said currently he has 450 inmates at the Mecklenburg County Detention Center who came under a federal criminal warrant signed by a judge.

Tsoukaris said the criminal federal warrants are only used in criminal proceedings not immigration proceedings, which are civil in nature.

“When they ask for a criminal arrest warrant to pick up this individual, number one it doesn’t exist in immigration proceedings so they are really asking for something that ICE can’t get. Something that there’s no requirement and no judge can issue that for immigration purposes,” Tsoukaris said.

“If someone…has committed a crime and then been deported. In that scenario, the Department of Homeland Security could go to the U.S. Attorney’s Office or even to a federal judge to seek a warrant for this person’s arrest and at that point, they would be criminally prosecuted for the illegal re-entry,” Heroy said.

Tsoukaris reiterated ICE’s only request for McFadden is to notify the agency before releasing an undocumented immigrant charged with a crime.

McFadden did say if they arrest someone and they believe that person may be illegal, they notify ICE.

In the end, both parties did say they were willing to talk to each other and work together.