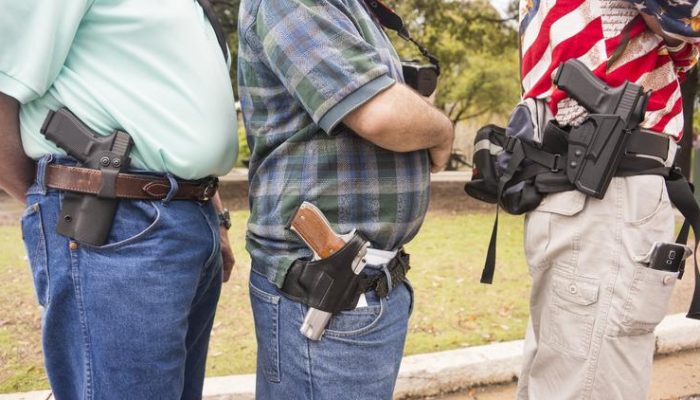 Iowa officers are clearing the air on open carry gun laws after Walmart asked customers to no longer openly carry firearms in its stores.

Law enforcement officials say if a business owner doesn’t want customers to openly bring firearms into their store, gun owners have to respect their rules.

You may spot a sign or sticker in the front window. Police say that’s a clear indication the owners don’t want people to openly carry weapons. But businesses are not obligated to post those rules.

If a customer chooses not to follow the rules, the business can call for help from police.

“If it’s something from, or as simple as, somebody just saw somebody open carrying and that’s the only information we have, that might be exactly what it is, a person is exercising their right and not doing anything illegal. If there was some sort of altercation or conflict leading up to it, that’s going to vary our response,” said Sgt. Brad Kunkel with the Johnson County Sheriff’s Office.