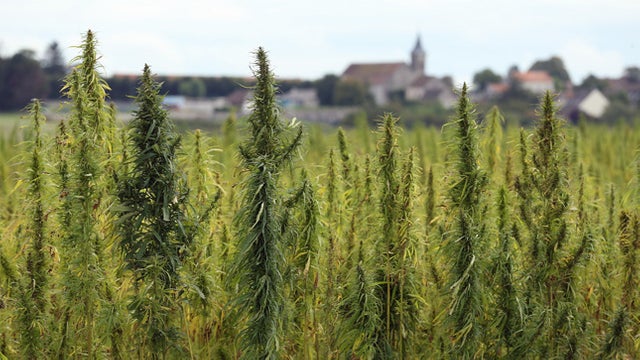 Two committees of lawmakers return to the state Capitol on Monday with potentially twin purposes of asking the Legislature in 2020 to make major adjustments to South Dakota’s drug-crimes laws.

One group is studying how South Dakota’s criminal code has filled prisons and jails with men and women convicted of violating drug laws.

The second panel is preparing legislation that would legalize industrial hemp — a cousin of marijuana, which remains on the federal illegal drugs list — in South Dakota.

Representative Steven Haugaard, a Sioux Falls Republican and the House speaker, chairs the drug-offenses study. The vice chairman is Senator Craig Kennedy of Yankton, a Democrat whose position on the panel runs contrary to the expected in a body where Republicans hold more than two-thirds of the House and the Senate.

The drug-offenses committee meets for the first time this summer at 10 a.m. CT Monday in room 414 at the Capitol.

They’ll hear a convictions report from Greg Sattizahn, the administrator for the state’s Unified Judicial System that includes the circuit and magistrate courts and the state Supreme Court, whose judges and justices handle the trials, sentences and appeals for people accused of state drug crimes.

Then the panel’s legislators and other members will discuss how far the Legislature and its Executive Board intended they go in the coming months.

The industrial-hemp committee is meeting for the second time this summer. Its all-legislators panel gathers at noon CT in room 362.

The witnesses scheduled for the Monday meeting are officials from the departments of agriculture in neighboring states Montana and North Dakota, followed by state Agriculture Secretary Kim Vanneman and state Public Safety Secretary Craig Price.

The Legislature approved industrial-hemp legislation that Democratic Representative Oren Lesmeister of Parade sponsored in the 2019 session. But Governor Kristi Noem vetoed the final version for a variety of reasons that she outlined in her official notice to lawmakers.