Skip to content
Yes, South Dakota, you can get a speeding ticket in Sioux City 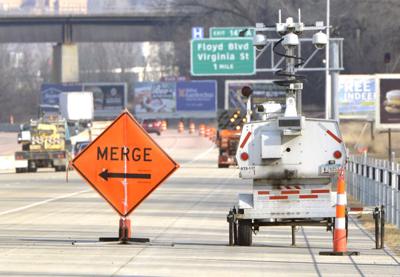 The infamous Sioux City, Iowa, automatic speed cameras had caught me in their trap twice. Both times going 11 mph over the posted 50-mph construction zone speed limit – the exact minimum speed at you get tagged as a speeder. Cost: $100 per notice.

There is no South Dakota law protecting state residents from citations stemming from the speed cameras, as my former Argus Leader colleague John Hult reported in 2016.

The South Dakota Legislature, no fan of speed cameras, has passed several laws targeting civil fines from automated traffic systems, such as the speed cameras. The laws effectively barred state officials from giving full driver registration information to Redflex, the maker of the speed cameras, and Sioux City police officers.

Officers could reach out to South Dakota dispatchers for information needed for criminal enforcement. The speeding notices are considered municipal citations.

My colleague Jonathan Ellis recently checked with the Noem administration and confirmed this continues to be state practice.

The state has simply made it harder for Sioux City police to track down South Dakota drivers and demand they pay. But the effort is obviously not foolproof.

Read the full story at the Argus Leader