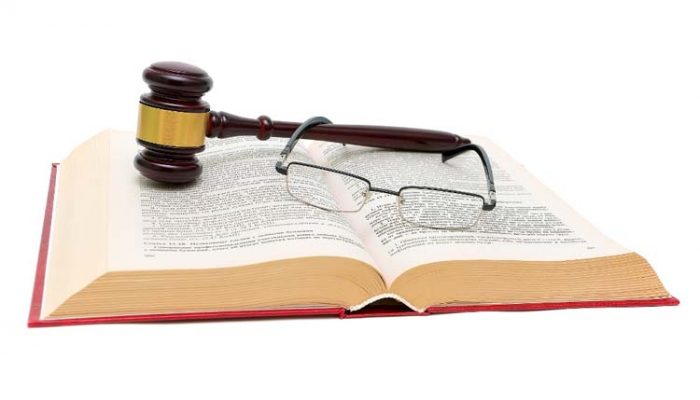 Lawyers can sometimes forget that terms they have become familiar with can sound like another language to their clients. Here is a handy guide to some common terms that crop up during the course of proceedings relating to divorce and the financial arrangements following marital breakdown, which we hope will provide a useful reference for those involved in such cases.

Adultery – In the context of divorce proceedings in England and Wales, adultery is defined as one spouse having had sexual intercourse with a member of the opposite sex (it cannot be a member of the same sex) with the consequence that the other spouse finds it intolerable to live with them.

Alternative Dispute Resolution (ADR) – This refers to alternative ways of resolving disputes that do not involve going to Court (such as mediation or arbitration).

Bundles – When you attend a hearing, everyone at Court has to be able to refer to the same documents. A ‘bundle’ is a collection of the key documents and evidence in the case, which have been paginated and indexed. The bundle must be contained in one A4-size ring binder or lever arch file limited to no more than 350 sheets of A4 paper and 350 sides of text.

Child maintenance – A payment made by one parent to the other parent for outgoings relating to a child or children. This may be paid on a voluntary and agreed basis or following a Court Order or an assessment by the Child Maintenance Service (see below).

Clean break – An Order that means one spouse has no further claims on the other spouse’s income or capital.

Consent Order – A Court Order setting out the terms of an agreement reached between the parties that they jointly ask a judge to approve.

Decree Absolute – The second and final decree of divorce which dissolves the marriage and enables either party to remarry.

Decree Nisi – The first decree of divorce which has the effect of granting the Court power to make financial orders. This decree does not dissolve the marriage.

Final hearing – Where the parties to financial proceedings are unable to reach an agreement, the case will be listed for a final hearing for a judge to determine the outcome. This will require the parties to give oral evidence and be cross-examined. There may also be evidence from experts involved in the case (such as accountants).

Financial dispute resolution appointment (FDRA/FDR) – A ‘without prejudice’ Court hearing in financial proceedings. This is an opportunity to explore whether the dispute can be resolved, with the assistance of a judge who, if the parties do not reach agreement, will give an indication of the order the court may make if the matter were to proceed to a final hearing

Financial Order – Types of orders that may be made by the Court within divorce/dissolution/separation proceedings. These may set out deadlines for disclosure and other evidence or set out the terms of an agreement reached by or imposed upon the parties.

Financial remedy – This is a type of financial Order that may be made on divorce/dissolution/separation providing, for example, for a transfer of a property from one party to another, or an Order for maintenance payments to be made by one party to another. It also covers a wider range of financial provision like provision for children under Schedule 1 of the Children Act (i.e. the provision of a house for a child or the payment of school fees).

First appointment – The first hearing that takes place at the beginning of the Court’s involvement in financial proceedings. The purpose of the first appointment is to define and narrow the issues in the case with a view to saving costs. It is also a time-tabling hearing at which the next stages of the financial order application will be determined.

Form A – The Court form in family proceedings setting out the applicant’s notice of intention to proceed with a financial application, thereby setting in motion a timetable for disclosure and the first hearing, namely the first appointment hearing (see above).

Form D81 – When an overall agreement has been reached and the parties are ready to send a consent Order to the Court, both parties must complete a Form D81 (also known as a ‘statement of information’). This form should set out each party’s current financial position as part of the ongoing duty to provide full and frank disclosure of their financial resources and any other relevant information.

Form E – A standard-form document used to set out each party’s relevant financial and other circumstances when an application for a financial Order has been made. This can also be completed on a voluntary basis. It requires each party to attach evidence in support of the assets they have disclosed (for example, 12 months’ worth of bank statements for each account, pension and property valuations). In Court proceedings, the parties must simultaneously exchange the completed forms and send a copy to the Court on a specified date.

Form H – Each party must produce an estimate of costs in Form H at every Court hearing or appointment, setting out the costs (solicitors’ fees, barristers’ fees and any other fees relating to the proceedings, such as experts’ fees) incurred up to and including the date of that hearing.

Maintenance pending suit – An Order made requiring one party to make payments to the other for their living costs for a limited period of time on an interim basis for such amount as the Court thinks reasonable, taking into account the standard of living and the assets/resources of the parties (also known as ‘interim maintenance’).

Marital acquest – An increase in the value or accrual of assets during the course of the marriage.

Mediation Information and Assessment Meeting (MIAM) – An applicant for a financial remedy or childrenproceedings must attend a meeting with a MIAM-qualified mediator prior to the issue of their application, unless one of the exceptions applies (such as urgency, domestic abuse or being based overseas). This requirement is intended to encourage parties to see if their case can be settled without recourse to the Court.

Petition – The form of document which is filed at Court by one party in order to start divorce proceedings. This sets out the details of the parties and the marriage as well as containing the basis on which the divorce is being sought.

Pre-nuptial agreement – A contract entered into prior to a marriage/civil partnership that seeks to regulate the parties’ affairs in the event that their relationship ends. Such agreements are not formally binding in England and Wales, but may be regarded by the Court as persuasive. Following the Supreme Court decision in Radmacher v Granatino, these agreements can be viewed as a potentially decisive factor as part of all of the circumstances of the case.

Single joint expert (SJE) – An expert instructed to prepare a report for the Court on behalf of two or more of the parties to the proceedings.

Without prejudice – When a document (usually a proposal for settlement) is marked “without prejudice” it means it normally cannot be disclosed to the Court. It could be described as “secret correspondence” which allows parties to make genuine attempts to settle the case while preserving their “open” position. For example, a party might say to the Court that they will only settle for 50% of the overall assets, whereas they might ask their lawyer to make a “without prejudice” offer of settlement indicating that they will accept 45% in order to bring an end to the proceedings.