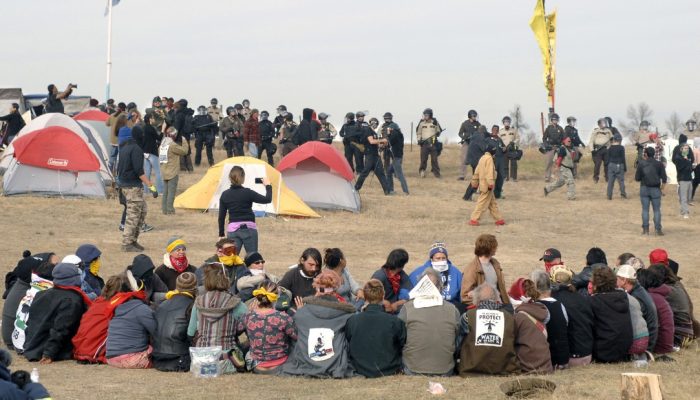 This month, in a move that could have serious consequences for Indigenous communities, South Dakota has passed two laws to criminalize protest against the TransCanada Keystone pipeline.

The Republican-controlled legislature passed SB 189 and SB 190, which will, according to High Country News, allow “the state of South Dakota to prosecute pipeline demonstrators and their funders—and use money from damages to fund law enforcement and pipeline costs.”

Republican Governor Kristi Noem introduced the bills on March 4. Three days later, they passed the State House and Senate. Both, reports Rewire.News, contain emergency provisions that allow them to go into effect immediately and without a public vote. Noem is now preparing to sign the passed bills into law.