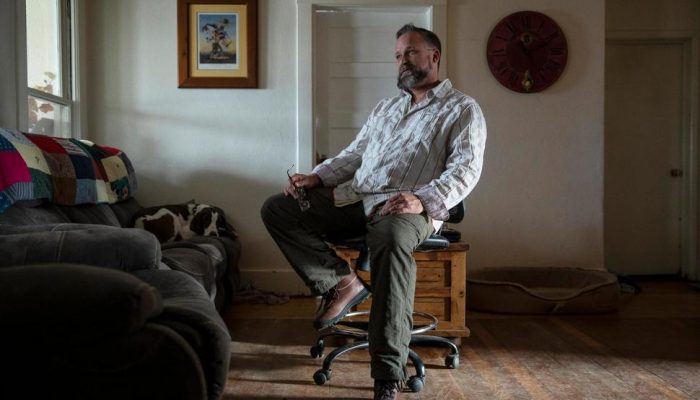 South Dakota Man Looks to Improve State’s Drug Courts – Ideas on how to solve the state’s methamphetamine problems have been racing through the mind of Jay Erickson.

The 45-year-old Rapid City resident and small business owner has developed proposals based on his years of experience as a recovering meth addict, drug court participant and prisoner.

“I’m the kind of addict that needs to get the the bottom of why I can’t stay quit,” he told the Rapid City Journal.

With the South Dakota legislative session in full swing, politicians and criminal justice officials are also looking for ways to address widespread meth use and its contribution to crime and crowded jails and prisons.

Proposed solutions range from taking away presumptive probation, to building a prison for meth users, to increasing funding for drug treatment, to exploring alternatives to imprisonment for those convicted of ingesting drugs.

Erickson, who has speckled gray hair and a bright smile, spoke with confidence and passion as he explained his recipe for improving the system.

In his ideal world, the law against ingesting drugs would be abolished or become a misdemeanor. South Dakota is the only state where it’s a felony, he pointed out.

“You’re not (necessarily) driving, you’re just high, or even coming down, you could have been high three days ago but it’s still in your system,” he said.

He said drug possession, but not drug dealing, should be treated like DUIs: the first two offenses are misdemeanors and only becomes a felony after the third offense.

Read the full story at US News