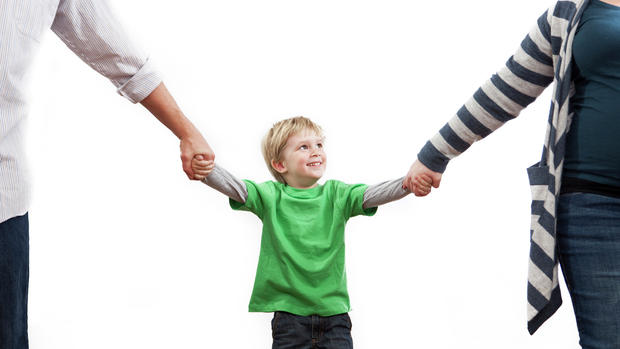 Despite strong public support and mounting empirical evidence in its favor as an ideal living arrangement for the majority of children of divorce, shared parenting as presumption in family law has historically been met with skepticism among some legal and mental health professionals.

A second line of argument was then put forward, stating that child development would be compromised when children move back and forth between two homes, “bounced around like a yo-yo,” with constant movement, two sets of home rules and different parenting styles. The research on children living in two homes found, however, that children themselves generally did not report such problems, and that sustaining attachments with both of their parents protected them from the adverse child development outcomes often accompanying divorce. In fact, lengthy separations from either primary attachment figure were found to be detrimental to child development.

Finally, a third argument was made that it is harmful to child development to disrupt the caregiving status quo, and that mothers should thus retain their role as the primary day-to-day caregivers of children. Research suggested otherwise, however: shared care of children was becoming the norm in two-parent families and disrupting shared parenting would in fact be more likely to lead to instability in children’s lives.

The second wave of arguments against shared parenting were presented as more concentrated and in-depth rebuttals of the concept, especially in situations where parents disagreed or were in conflict over child care arrangements after divorce. First, it was argued that shared parenting after divorce exacerbates parental conflict, and that children would be drawn into the conflict if shared care arrangements were imposed on families. Shared parenting, therefore, is only suitable for parents with little or no conflict and who get along well as co-parents. Again, research findings challenged this viewpoint: in actuality, an adversarial “winner-take-all” approach to child custody exacerbates parental conflict, leading to adverse consequences for children, whereas conflict is reduced in shared parenting arrangements where neither parent feels marginalized from his or her children’s lives. Further, research demonstrated that children do better in shared care arrangements even if there is conflict between the parents, and that sustaining both relationships is a protective factor for children in high parental conflict situations. Not all conflict is bad for children. Ongoing and unresolved conflict, however, is harmful to children; in such situations, rather than depriving children of a relationship with one parent, interventions to reduce conflict and support child development, such as assisting parallel parenting, therapeutic family mediation, and parenting education programs, were found to be most protective of child well-being. In response, a second critique of shared parenting was then advanced within the “second wave”: in high-conflict families, shared parenting exposes victimized parents and children to family violence and child abuse, and a legal presumption of shared parenting will allow abusive parents to continue their reign of terror in families. This argument, however, misrepresented the position of shared parenting proponents, who made clear that a legal presumption of shared parenting should always be rebuttable in cases of violence and abuse, as in such cases the safety of children and victimized parents is the primary consideration.

The third wave of arguments against shared parenting acknowledged that shared parenting may be beneficial for most children and families of divorce, including those in high conflict, but cautioned against the use of presumptions in family law, arguing that the best interests of children are different in each individual case, and that judges should retain their decision-making authority when it comes to post-divorce living arrangements for children. In response to this viewpoint, it has been pointed out that research on post-divorce outcomes for children and families has now established which living arrangements are most likely to support healthy child development. Without a legal presumption, judges make decisions based on idiosyncratic biases, leading to inconsistency and unpredictability in their judgments. And with two adequate parents, the court really has no basis in either law or psychology for distinguishing one parent as “primary” over the other.